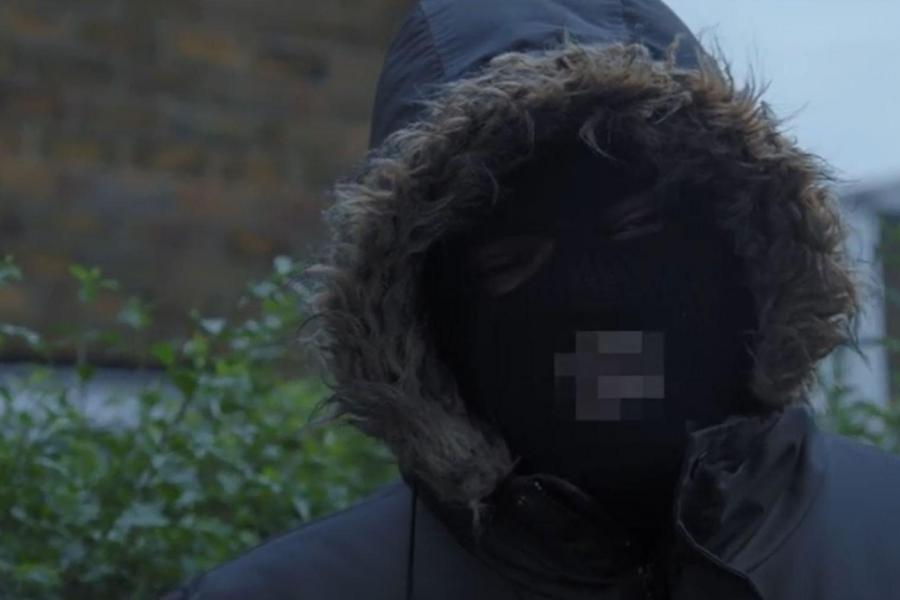 A self-confessed acid attacker claimed victims “deserve” to be targeted and said: “If I can get acid, I’ll use it”.

In a documentary for Vice, an anonymous attacker revealed the chilling tactics used by London’s gangs for acid attacks, including targeting rivals’ girlfriends because they “love their beauty”.

He also said gangs had begun dipping knives in acid in a bid to make attacks more brutal.

The shocking revelations come after a series of terrifying attacks across London this week, during which six people were targeted in just 24 hours by thugs riding mopeds.

The anonymous self-confessed acid attacker said he and a friend targeted the partner of a rival gang member and said he would “nine times out of ten” attack women.

He told Vice: “[We] went to a rave, met some ‘ops’ (enemy) there. We were just fighting in the club. A couple of days later I just randomly see the ops and his baby mum.

“They’re there at Tesco, just shopping so I was like, ‘cool’. I ran to my boy who was in the car. My boy bought a bottle, like a Lucozade bottle.

“I’m racking up the guy, just punching him and whatnot. And my boy, he just undid the bottle and he just splashed the girl.”

He added: “Like if I can’t damage you enough I’m coming for your people.”

The capital has been rocked by a series of horrific acid attacks in the past few weeks.

Five people were injured when they were targeted by two moped-riding attackers in a 90-minute rampage in London on Thursday.

On Monday, a 16-year-old boy denied any involvement in the rampage when he appeared at Stratford Youth Court charged with 13 offences.

The anonymous attacker, speaking from east London, said that knives were still the weapon of choice among London’s gangs, but attackers are now dousing knives in acid.

“In the war on the mandem, if someone got acid on their face, trust me, they did something. No ifs, no buts, they deserved that.”

More than 400 acid or corrosive substance attacks were carried out in the six months up to April 2017, according to figures from 39 forces in England and Wales.

Home secretary Amber Rudd has pledged to put forward a strategy to help prevent acid attacks amid a shocking rise in offences in the capital.

Campaigners are calling for legislation making it harder for people to buy corrosive substances. 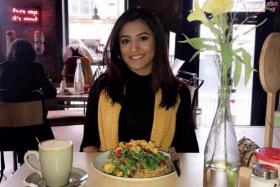 Possession of acid or other corrosive substances with intent to do harm can be treated as possession of an offensive weapon under the Prevention of Crime Act, which carries a maximum penalty of four years in jail.

Samir Hussien, who now wears a mask 24 hours a day after he was left scarred during an attack as he left a cinema, criticised prosecutors’ sentencing powers.

He said: “As I left the cinema as I was going towards my car they continued to talk. As I got to my car I got knocked to the floor and then one individual came to smash my car window.

“There was a substance thrown at me which I found out was acid.

“After that I ran to my car to get a bottle of water, but I think by then the damage was pretty much done.”

He added: “It’s not enough. They are doing this trying to support someone’s life, so why shouldn’t they get that in return in that sense?”

Acid attacks were unheard of before these Muslim parasites came to invade the West. Since Muslims came to the UK in their millions, they demanded that Mosques were built for them, then they demanded bigger Mosques with domes put on top to show their authority. Then Muslims demanded that the food was changed and everything was to be Halal, the Labour council bent over backwards for them and they removed all pork from the school dinners, then all the take a way’s turned halal, then all the supermarkets turned halal and even the local butchers went halal. Halal is the most barbaric torture anyone can do to animals.

The animals are kicked, punched. and stabbed, just for fun, then their throats are slit. Cows are hung upside down, sometimes on just one leg. If Muslims can do this to animals, then what can they do to humans. Muslims think nothing of raping women, teenagers and underage girls. Muslims men think nothing of murdering their wives and their daughters and they think nothing of disfiguring them with acid.

One Muslim man with the help of his brother, beheaded his wife and then they cut off her arms and legs, then put them in a bin bag. The body was later discovered on a river bank, by a man walking his dog, the husband said it was a honor killing. One Muslim father disfigured his daughter for ever by throwing acid in her face, just because she wanted to wear make up. Another Muslim father threw acid in his daughters face because she was dating a White English lad, but it didn’t stop there, he then set his daughter on fire in the back garden, she too was chopped in to pieces and put in bin bags.

Muslims have no regard for life what so ever, it means nothing to them at all. Muslim men will through acid in to the faces of anyone, they throw it in to their wives faces for burning the dinner, being late in from shopping, talking to other people or talking back to their husbands, this applies to their daughters too. This happens in the UK all the time, but the media will not report on it, because they are not allowed to.

Acid attacks are now becoming a daily occurrence. Muslims are attacking not only their wives and daughters, but anyone they bloody well like. One Muslim knocked on the door of an ex girlfriend, when she came to the door, he through acid at her from a bottle. Five acid attacks happened the other day, one after the other, mopeds were involved in the attacks.

Now the black gangs in London have started to use acid to disfigure their enemy’s, pretty soon Muslim gangs, Black gangs and White gangs with be using it on each other. Women will be sacred of going out or even answering the door, what the hell as happened to our country, but it’s not just the UK, it is every country in Europe.

Back in the 1960’s, the only attacks that took place were screaming girls chasing after the Beatles and the Rolling Stones, life was great, the music was fantastic, the girls could go out without any fear of being attacked. The mini skirt came out, the girls went mad for them, the skirts were that short, their underwear was always on show, but the girls were still safe, no one attacked them, if the girls were to wear a mini skirt today they would be gang raped by Muslims, no one is safe today.

1967 the hippies were everywhere, love and peace was the theme and everyone was happy, we had bands like the Doors, Jimi Hendrix, The Turtles, Frank Zappa. Cream and so on. Open air concerts were all the rage, the biggest one being Woodstock in 1969. The 1970’s because Heavy Rock, to me the best music ever, Black Sabbath. The Who. Deep Purple. Jethro Tull. Judas Priest and so on, Great Britain was plodding along, everyone happy in their own ways. The British people doing what the British people do, then all of a sudden things started to change.

Brown people started to show up everywhere, by the 1980’s, the Labour government said there was not enough of them, so they went out to get them, the next thing, thousands of them were coming to the UK, things were changing fast, these people were Muslims and they had demands and the government agreed with them and give them what ever they wanted, now in 2017, there are more Muslims than indigenous people. We begin to realize that Muslims are rapists and murderers, even killing their own wives ad daughters. Muslim leaders have said that when they take over the UK, Music will be banned, fashion will be banned. Alcohol will be band. Pubs and Clubs shall be shut down. There will be no concerts every again. Birthday’s. Anniversary’s. Easter. Christmas. Halloween and Valentines Day will ALL be banned and this is only the beginning, i have only scratched the surface.