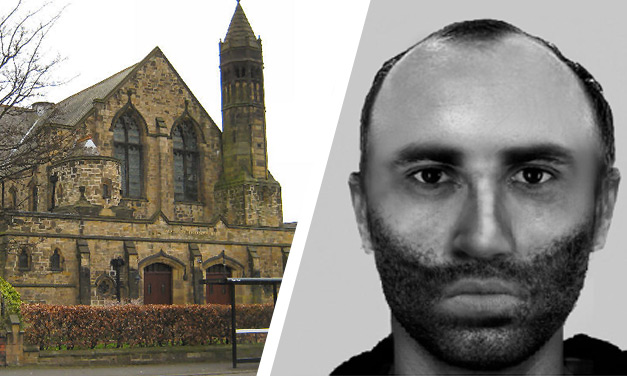 An illegal immigrant has escaped jail and deportation after judges ruled that storming into a church and threatening to kill the congregation amounted to nothing.

The drunken Muslim immigrant, Iraqi Zana Hassan, boasted how much he hated the English before storming into the Methodist church during Sunday service and threatening the lives of Christian English family members.

After police arrived at the scene and arrested the racist Iraqi, he continued his barrage of race hate and threats of murder shouting:

Illegal immigrant Hassan, 29, who sneaked into Britain in 2008, was ordered to stay 100 yards away from the church and released back into the community after Home Office officials failed to detain and deport him.

It’s yet another outrageous travesty of justice and further proof  that the authorities have one rule for us English and another one for immigrants.

Imagine if an Englishman – legally living in his own native homeland – stormed into a mosque and announced that he intended to kill all Iraqis!

He’d be fast-tracked through court, given 7 years in jail; the story would be all over the media and all the politicians would be lining up to denounce ‘evil English people’.

It’s yet more proof that the authorities in Britain have set up a parallel legal system – one rule for us, another one for them.

Don’t get mad, get even!

To challenge the corrupt authorities and protect ourselves from this outrageous treatment we need to come together in large numbers.

The BNP exists to put the interests of the British people first in their British homeland.

Stand up for yourself, the English, the British people, and for justice.